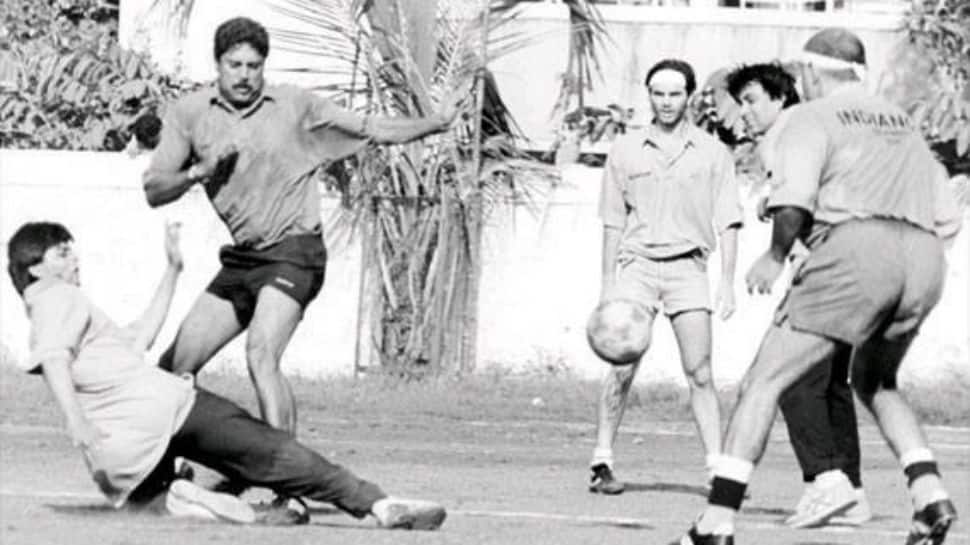 New Delhi: Is it Thursday yet? No, right? But doesn’t matter, we don’t need to wait for ‘Throwback Thursday’ to share a million-dollar photo with you all. We recently chanced upon an old picture of superstar Shah Rukh Khan playing football with none other than cricket legend Kapil Dev in the 90s.

It features SRK aiming for a goal with Kapil Dev behind him. The photo also has actor Deepak Tijori in the frame. It has been shared widely on social media by fan clubs, according to whom Akshay Kumar is also in the frame. However, one cannot spot him in the photo.

Take a look at the picture we are talking about:

Isn’t it a delightful treat early in the morning?

Meanwhile, on the work front, Shah Rukh Khan started shooting for his upcoming film ‘Pathan’, which also stars John Abraham and Deepika Padukone. He was last seen in 2018’s ‘Zero’.

On the other hand, Ranveer Singh is all set to play Kapil Dev in his film on India’s victory in the 1983 Cricket World Cup. The Kabir Khan-directed movie is titled ’83 and will release in 2021.