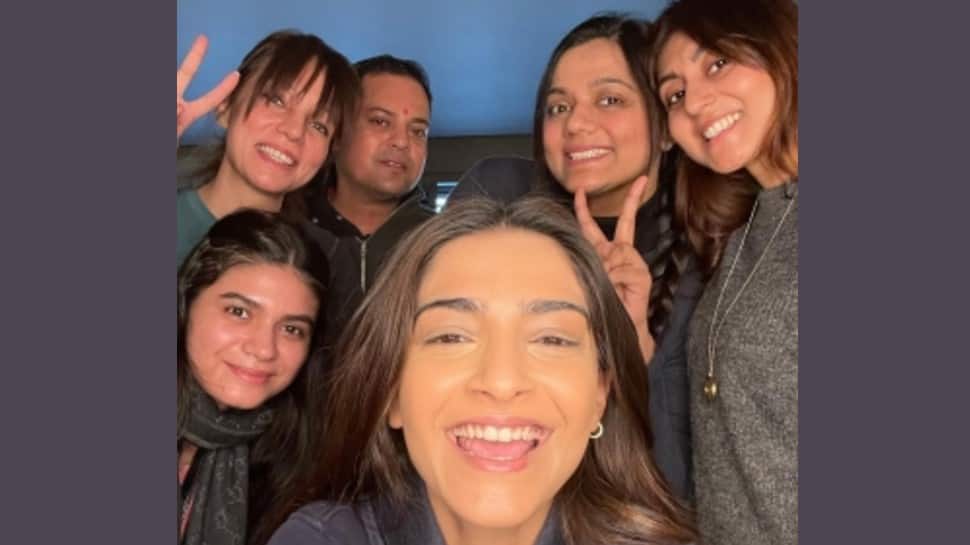 Mumbai: Bollywood actress Sonam Kapoor-Ahuja has shared a picture of her little normal from the shoot of her upcoming film ‘Blind’.

Sonam posted a picture with her crew on Instagram.

“All in our small little bubble. The A Team … #BLIND #GIA .. our little normal,” she wrote.

Sonam has started to shoot for “Blind” in Glasgow, Scotland. The film will have a start to finish schedule.

The action-thriller is directed by Shome Makhija, and revolves around a blind police officer who is in search of a serial killer.