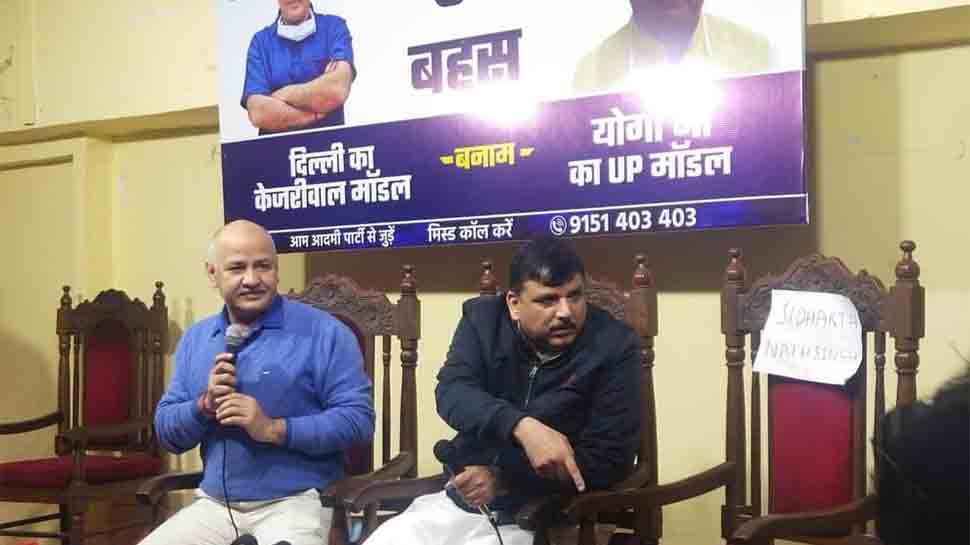 On December 16, Sisodia had accepted the challenge thrown by several ministers in the Uttar Pradesh Cabinet who dared the AAP leader to visit Uttar Pradesh and debate on the education and school facilities in the two states.

Sisodia said that he has accepted the challenge and came to Lucknow for debate. However, UP Minister Sidharth Nath Singh has not given him time and place for debate yet, he added.

“Today the whole day I am in Lucknow. The world is appreciating Delhi’s schools and hospitals. 70-80 per cent of people are getting free electricity in Delhi whereas in Uttar Pradesh electricity tariff is being increased. There should be discussion over the Kejriwal model vs the Yogi model,” he further said.

A war of words had erupted between the political leaders of the two parties after Kejriwal announcement the AAP would contest the forthcoming Uttar Pradesh assembly elections in 2022.