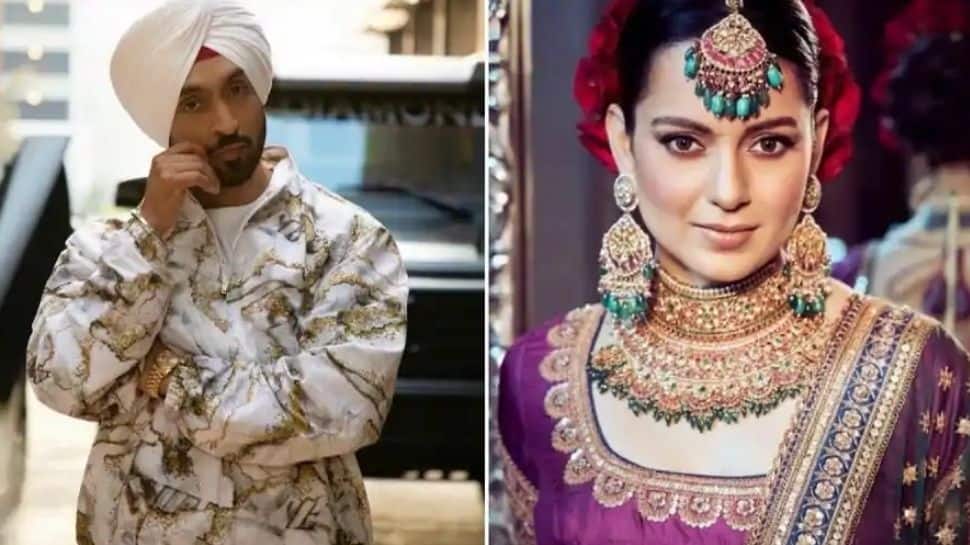 New Delhi: Diljit Dosanjh and Kangana Ranaut started another of their famous Twitter wars on Tuesday (January 5). Diljit responded to Kangana’s attack on him and offered her a job as a public relations person, as she cannot get him out of her head.

It all started after Kangana took to Twitter and attacked Diljit for going on a vacation after ‘instigating’ farmers’ protests. The ‘Manikarnika’ actress retweeted Diljit’s pictures where he can be seen surrounded amidst snow.

Taking to Twitter, Kangana wrote in Hindi, which roughly translates to, “Wow, brother. After instigating farmers and making them sit on the streets, the ‘local revolutionary’ is enjoying the winter holidays abroad. This is a true local revolution.”

Responding to Kangana, the Punjabi singer-actor shared a video of an elderly woman criticising Kangana. “You live with such misconceptions about yourself, don’t think Punjabis have forgotten what you’ve done. We will have our answer for you soon,” he tweeted in Punjabi.

Kangana hit back at Diljit’s tweet and wrote in Hindi, “Time will tell, friend, who fought for the rights of the farmers and who against them… Hundred lies cannot hide one truth, and you will never be hated if you care for someone with all your heart. You think all of Punjab is against me? Haha don’t dream so big your heart will break.”

Tweeting in Punjabi, Diljit replied to Kangana, “I don’t understand what her problem with farmers is. Ma’am, all of Punjab is with the farmers. No one is talking about you.”

Sharing a report on Kangana and his Twitter spat, Diljit wondered if he should appoint her as his PR representative, as she is so obsessed with him.

Kangana and Diljit have been engaged in a Twitter spat since December last year. The war began after Kangana misidentified an elderly farmer protester as Shaheen Bagh’s Bilkis Bano. Since Diljit took on her, she frequently slams him over his support for farmers’ protests.