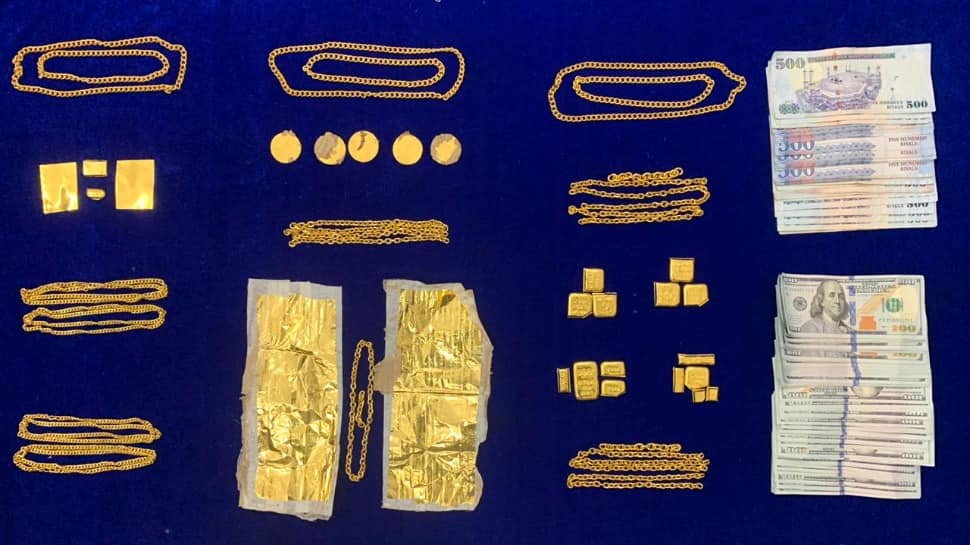 Chennai: In three separate incidents, the Air Customs officials at the Chennai airport have seized 2.42 kg gold and foreign currencies worth Rs 1.35 crore.

Seven passengers who arrived via flight IX-1644 were intercepted and frisked along with their baggage. 12 gold chains, 5 gold coins and 2 gold foils, weighing 1.10 kg valued at Rs 56 lakhs were recovered and the same was seized under the Customs Act.

Officials said that the gold chains were hidden in handbags, in mobile covers, whereas the gold foils and coins were ingeniously concealed in a carton box. 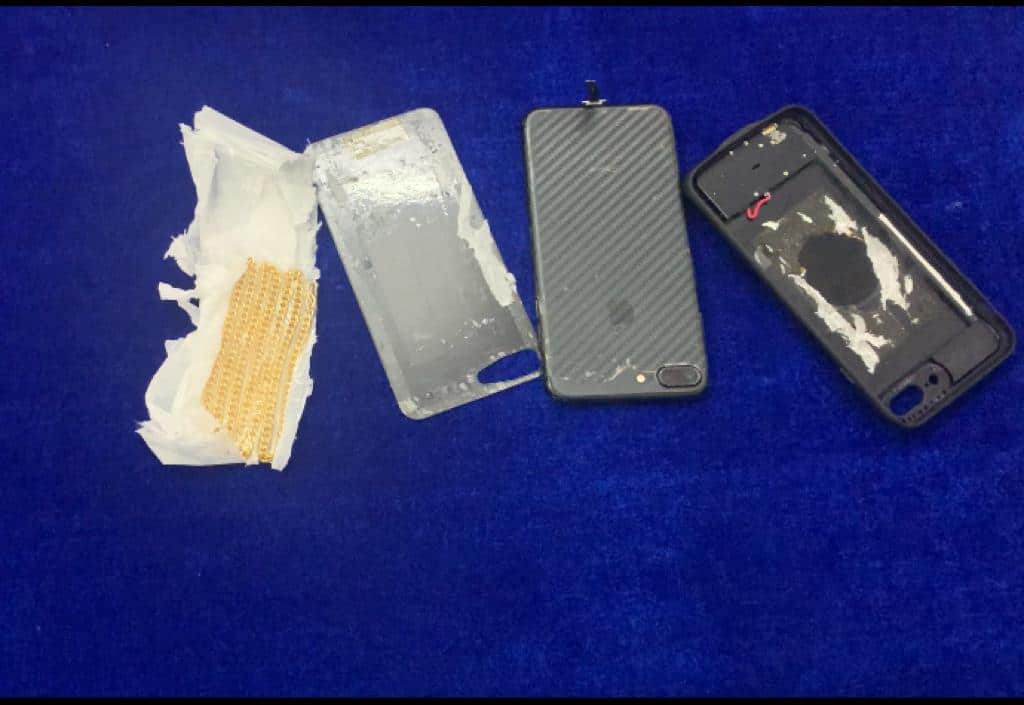 Eight passengers who flew in via Fly Dubai flight FZ 8517 were intercepted and frisked, which led to the recovery of 17 gold cut bits, 10 gold chains and 2 rectangular plates from their baggage. 1.32 kg gold valued at Rs 67 lakhs was recovered and seized under the Customs Act.

Officials intercepted Sowkath Ali, 28, of Ramanathapuram who was destined for Dubai by Air India Express IX 1643 on suspicion of carrying foreign currency. 19,500 Saudi Riyals in 500 denomination and 11,000 US Dollars in 100 denomination, equivalent to Rs 12 lakhs, were found ingeniously concealed in straps and pockets of his handbag.

The currency was recovered and seized under the Customs Act read with the Foreign Exchange Management (Export and Import of currency) (Amendment) Regulations, 2015. He was arrested as he had an earlier offence against him.