PATNA: The BJP on Wednesday released the list of 35 candidates for contesting the upcoming Bihar assembly election 2020. 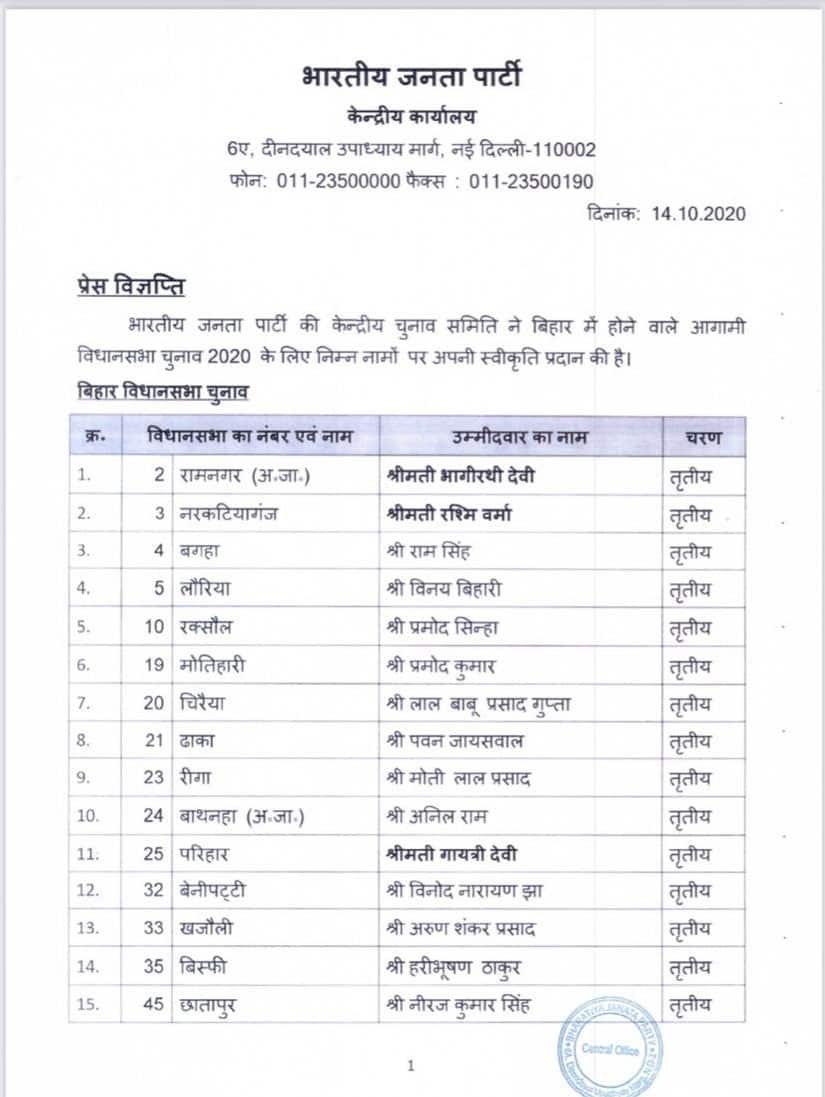 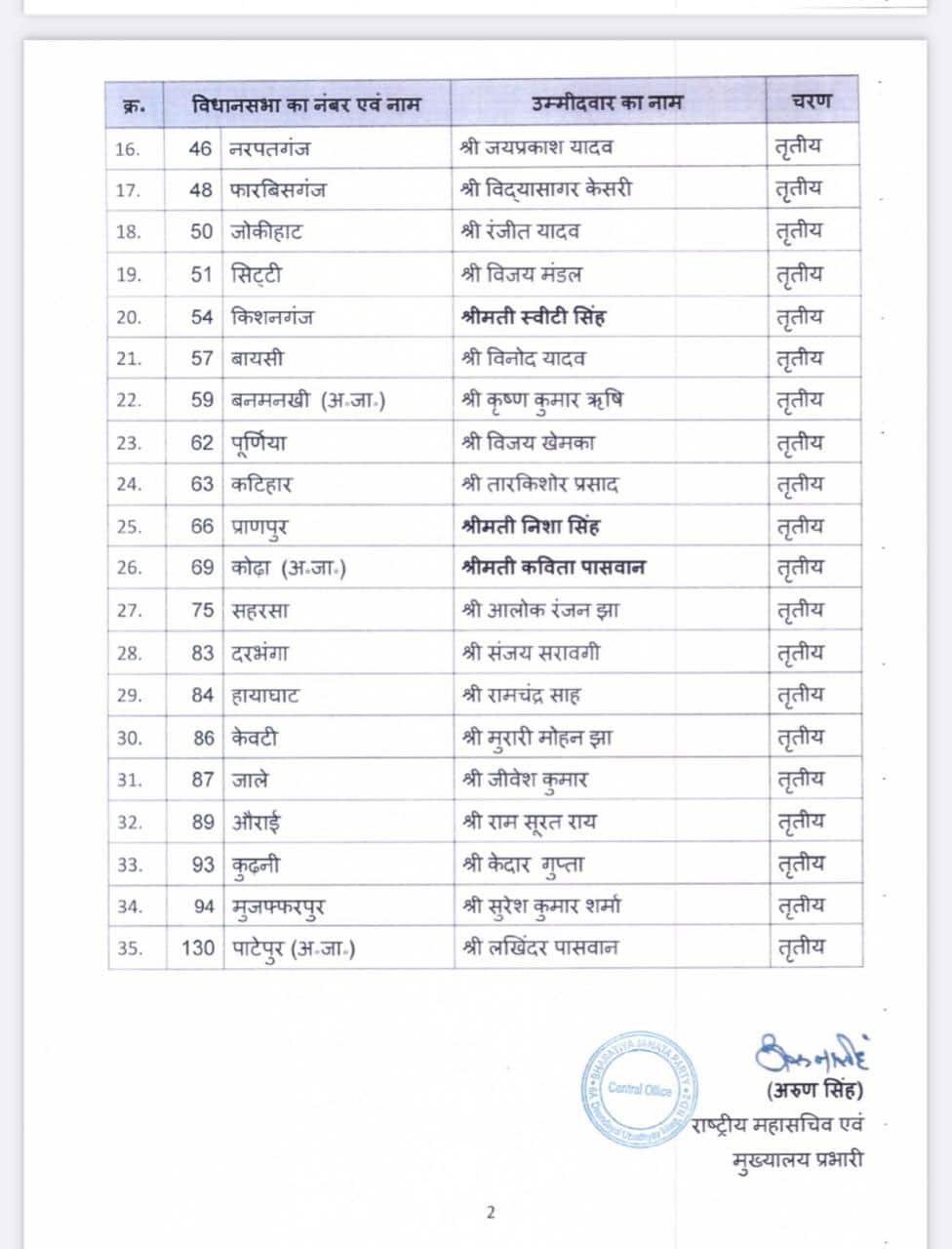 The BJP had on Sunday, 11 October, released a list of 46 candidates for the 2nd phase of the Bihar elections slated for 3 November, including Nand Kishore Yadav from the prestigious Patna Sahib constituency.

The party had on Tuesday, 6 October, released its first list of candidates for the three-phase Bihar Assembly elections.

The BJP got 121 of the total 243 seats in Bihar and ally Janata Dal-United 122 seats. The JD-U was expected to accommodate Hindustani Awam Morcha in its quota of seats and the BJP Vikassheel Insaan

NDA ally Lok Janshakti Party had decided to go solo and field candidates against the JD-U in Bihar.

The elections for 243 Assembly seats will be held in three phases – for 71 seats on 28 October, for 94 seats on 3 November, and the remaining 78 on 7 November. The results will be announced on 10 November.